During routine maintenance, I’ve had occasions where HPE DL380 Gen9 Servers lose the plot when rebooted. Last week was a prime example and the second time this has happened for a server. The server was patched with Windows Updates and restarted before the installation of the HPE Service Support Pack.

At which point it became clear the HPE FlexibleLOM NIC was missing from the server configuration. When checking the system’s BIOS there were no references to the PCI card, in the iLO system information it had completely disappeared. The only NIC’s visible were Adapter 1 – iLO and Adapter 2 – HPE Ethernet 1GB 4-Port 331i Adapter.

Thankfully I’ve been through this before and knew how to work around the issue. Unfortunately, the usual cold boot or iLO resets didn’t work, I had to utilise one of the most trusty troubleshooting tips of all time. The classic ‘fix’ from HPE was to pull the power cords from the server, this then magically ‘resolved’ the issue and we were able to carry on with the scheduled maintenance. After patching the server, I was hoping it would resolve the issue, but alas it didn’t. When the same fault occurred again, I thought there must be an easier way than driving to the location of the server or initiating remote hands support.

This time I decided to utilise a different method to get the server operational. Since iLO 4 version 2.55 a feature was added to perform an auxiliary power-cycle on a server remotely. This can be done by making use of the RESTful Interface Tool. The RESTful Interface Tool connects to the Integrated Lights-Out system and allows the use of a comprehensive iLO RESTful API’s to perform tasks on an iLO system. I followed the HPE reference guide and performed the following commands to initiate the AuxCycle on the server.

Please remember to change the IP Address, Username, and Password values to ones that apply to your environment.

After performing the commands listed, the iLO reset itself, the system was turned on and after completing a success POST the FlexibleLOM NIC appeared.

I’ve been working with VMware for a number of years now and I’m sure many of you would agree the snapshot feature is very useful, I know for myself it has got me out of a sticky situation after a failed software update.

In the past I have known virtual machine run from snapshots for weeks without knowing, this can be due to failed backups or someone not writing the snapshot back when they’ve finished performing an upgrade.

By default there is no alarm definition to notifiy you of a machine running from a snapshot.

I will guide you the process of creating this custom definition:

Open your vSphere client and connect to your vCenter server and select the Host and Clusters. 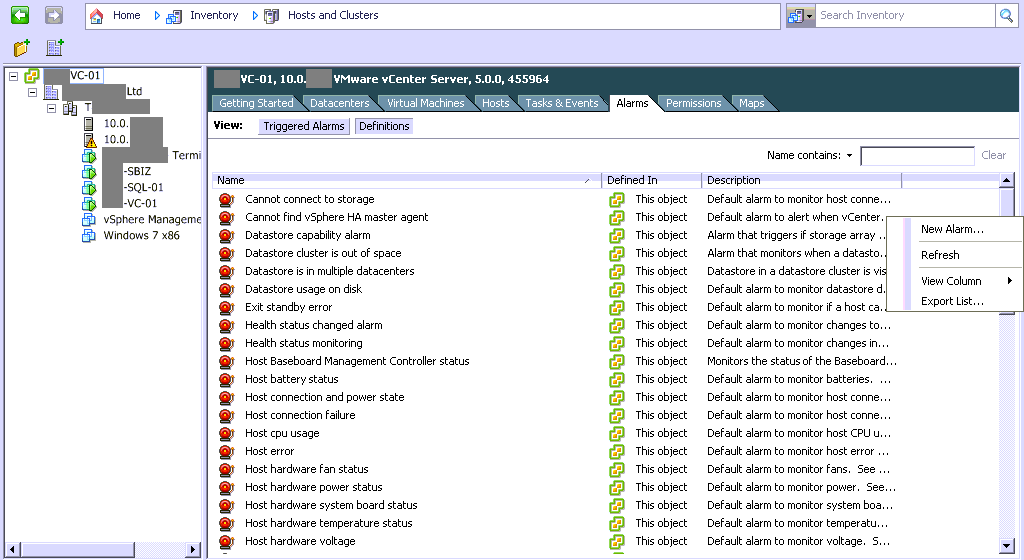 Enter a relevant name for the alarm and select the monitor type as ‘Virtual Machines’. 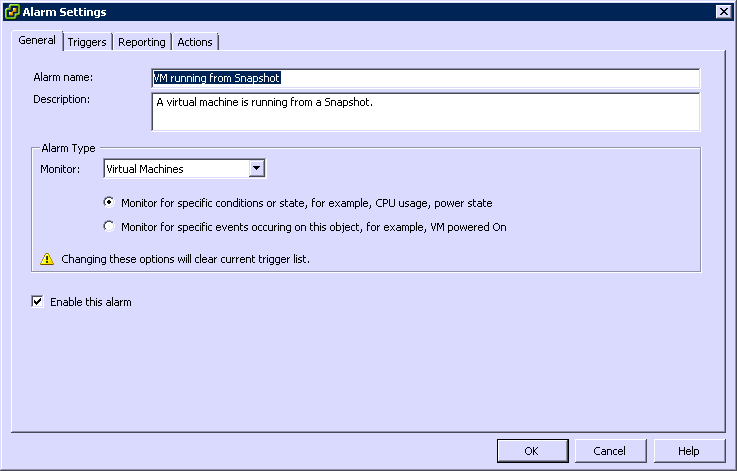 Select the ‘Triggers’ tab, select ‘Add’ and from the drop down list select ‘VM Snapshot Size (GB)’, the condition should be ‘Is above’, warning must be ‘1’ and alert must be ‘2’.

Select the ‘Actions’ tab, and assign your notifications. I setup an email alert however I set the repeat actions to 1440 minutes (24 hours) as I didn’t want to get bombarded by emails from vSphere. 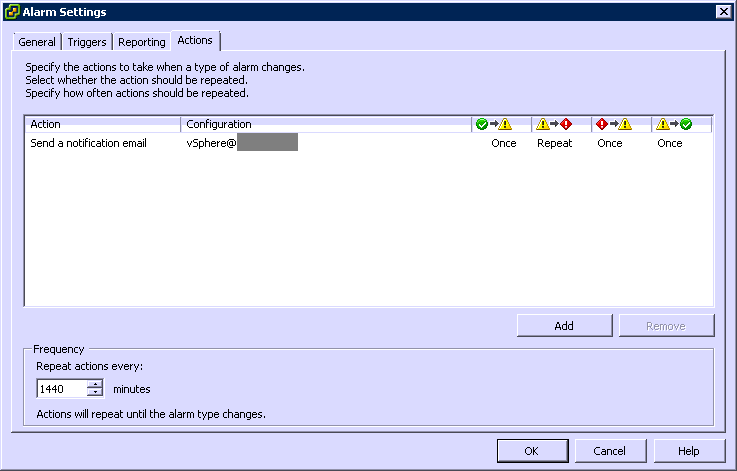 There you have it, your all setup for your Snapshot noifications.

Who really wants to manually type in all their DHCP reservations into a new server? Not me, especially when you might have 30-40 reservations in multiple scopes. Thankfully Microsoft have a tool so you can backup your current DHCP Server configuration and its really simple to use too:

Me WordPress Theme by themehall.com